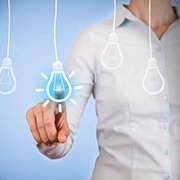 In 1965 Gordon Moore, co-founder of Intel Corporation, famously said that due to the shrinking size of transistors, processors would double in speed every year. While he revised that to every 2 years, 10 years later this prediction held true until about 2009. This was known as Moore’s Law. With the speed of processors becoming ever faster, software developers continued to harness that power and produce more ways to use it. All of this has fueled the tech market for new computers and software upgrades for the past few decades.

Things are still changing. PCs are becoming obsolete and laptops are not far behind. Since all this power has been squeezed into smaller chips, we see more shift to tablets and phones for our personal lives as well as our professional life. The smartphone in your pocket is many more times powerful than the computers used to land Man on the Moon. The call for faster computers has been silenced and replaced with calls for smaller devices and more bandwidth.

Smartphones are telephones. They are also videophones, video cameras, still cameras, notepads, calendars, entertainment devices, any number of other communication devices. But did the smartphone stop there? I use my phone as my boarding pass to get on an airplane and the key to my hotel room. I also use my phone to book flights and hotels, check-in, and it gives me direction to where ever I need to go. It notifies me when my flight is on time and where my luggage is. How did I ever get along without these things? Now that is change!

What comes next? Well that phone in your pocket that makes travel so much easier offers an alternative, videoconferencing. I can see the people and communicate better with them than over the phone but I save all the time and cost of traveling.

Apple Pay and Google Wallet are starting to get more acceptance and new ATMs are starting to experiment with that same technology. Of course with mobile banking, you may not need the ATM to begin with.

Not only are phones and tablets replacing many PCs and Laptops, they are replacing people as well… I ordered my lunch at Panera Bread on a tablet. I paid for dinner at Chili’s on a tablet. Do they may things faster and more convenient? Yes. Did they completely replace people? No, but that is less work a person has to do so it will lead to less employees.

None of this is cutting edge technology but as you review your strategic planning, keep in mind that while we might not see traditional PCs and Laptops go away, there will definitely be places where tablets, and even phones, take their place. Make sure your changes are for the right reasons and not because it is the latest thing. In business, you should always ask, ‘is this going to make my business more profitable?’ or ‘is this going to help my staff work better and more efficiently?’ If you can’t answer yes to at least one of these, then you should be asking if you really need to implement that change.

Change is inevitable. Some change jumps up and hits us over the head and other changes creep up over time. We may not be able to predict every change but we can predict that there will be changes. 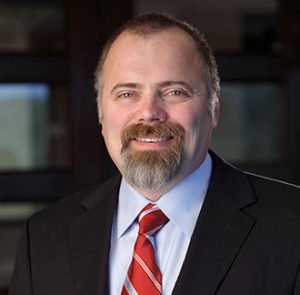