Have investments in Cryptocurrency? Time to start paying attention to what’s happening in Washington. The proposed language for the new bipartisan infrastructure bill has been released. While the bill only contains several tax provisions, one glaring and significant change is to cryptocurrency.  What do we mean by glaring? The bill looks to raise approximately $28 billion in funds over the next year by requiring cryptocurrency brokers to report to the IRS and Department of the Treasury certain information.

The current language in the proposed bill requires brokers to report cryptocurrency transactions of over $10,000 and businesses that invest in cryptocurrency to disclose trades greater than $10,000. These provisions would be similar to the current Bank Secrecy Act provisions that require banks to disclose transactions of over $10,000 to the Department of the Treasury.

This comes at a time when the IRS has already started more aggressively scrutinizing cryptocurrency with targeted enforcement. Specifically with things like the John Doe summons to crypto-brokers to find Americans who are not reporting the transactions on their taxes and a new disclosure on the Form 1040 to tell the government if you own any cryptocurrency.

While the bill has not been finalized, it does have a significant chance of passing. There are currently ongoing negotiations on the definition of broker, but it looks like we will see an increased push to have Americans report their taxable cryptocurrency transactions. Failure to properly report your cryptocurrency transactions can lead to greater chance of having your return audited.

Stay tuned here for more updates as the bi-partisan infrastructure bill makes its way into law.

If you own cryptocurrency and are unsure about how to properly report it, contact a YHB advisor today and we will be glad to help you out! 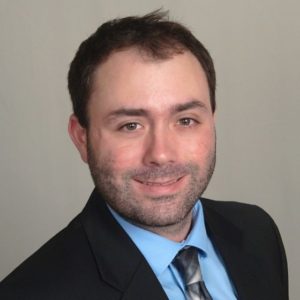 Nick joined YHB in 2020 with over 15 years of experience in the industry. Nick is a graduate of Carthage College with a BS in Accounting and Business, the University of Connecticut with an MA in Accounting, Case Western Reserve University with a JD, and Georgetown University with an LLM in taxation. Nick has also worked with the Internal Revenue Service as a Revenue Agent and an Attorney with the IRS Office of Professional Responsibility.