The U.S. Citizenship and Immigration Services (USCIS) has issued a new version of Form I-9, “Employment Eligibility Verification,” that is dated November 14, 2016 and has an August 31, 2019 expiration date. Employers must use the new form beginning on January 22, 2017. Until then, the version dated March 8, 2013 may also be used. 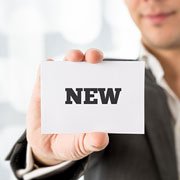 Several changes have been made to the new form:

Section 1 (Employee Information and Attestation) now asks for “other last names used” rather than “other names used,” and streamlines the certification process for certain foreign nationals.
The addition of prompts to ensure information is entered correctly.
The ability to enter multiple preparers and translators.
A dedicated area for including additional information rather than having to add it in the margins.
A supplemental page for the preparer or translator.
The instructions have been separated from the form, in line with other USCIS forms, and include specific instructions for completing each field.

USCIS says that the new version of Form I-9 is easier to complete on a computer. Enhancements include drop-down lists and calendars for filling in dates, on-screen instructions for each field, easy access to the full instructions, and an option to clear the form and start over. When the employer prints the completed form, a quick response (QR) code is automatically generated, which can be read by most QR readers.

Federal law requires that every employer that recruits, refers for a fee, or hires an individual for employment in the United States must complete Form I-9. Form I-9 helps employers verify an employee’s identity and employment authorization. This is done by employers physically examining acceptable documents including drivers’ licenses and eligible ID cards. I-9 forms can be filed electronically or on paper.

Form I-9 requirements were established in November 1986 when Congress passed the Immigration Reform and Control Act. That law prohibits employers from hiring people, including U.S. citizens, for employment in the United States without verifying their identities and employment authorization on Form I-9.