Since the early 1900’s the Internal Revenue Code has included provisions allowing taxpayers to defer gain recognition and payment of tax on exchanges of certain like-kind property. These provisions have seen several changes since then but have mostly remained intact. Under current law, the 1031 like-kind exchange provisions offer taxpayers the opportunity to defer the recognition of gain and payment of tax on exchanges of like-kind real estate property used in a trade or business or held for investment. While there are several requirements a taxpayer must follow to qualify under the like-kind exchange rules, the potential tax savings can be significant. However, that all may change in the not-so-distant future.

Recently, President Biden released details of proposed tax changes in a Green Book issued in May 2021 by the Department of Treasury. One of the changes in the Green Book is a proposed a revision to the preferred tax treatment of like-kind exchanges under section 1031 of the Internal Revenue Code. While the proposed changes do not completely repeal the provisions of 1031, the proposal would significantly limit the overall deferral of gain to an aggregate amount of $500,000 per taxpayer ($1 million for married filing jointly taxpayers) per year. Any gains from like-kind exchanges in excess of $500,000 per taxpayer (or $1 million in the case of married individuals filing a joint return) during a taxpayer year would be recognized by the taxpayer in the year the taxpayers transfer to the real property subject to the exchange. The proposal would be effective for exchanges completed in the taxable years beginning after December 31, 2021.

If significant changes are made, we will be certain to update you to those changes. If you have questions on how this proposed change might affect you, do not hesitate to reach out to your YHB team member to discuss. 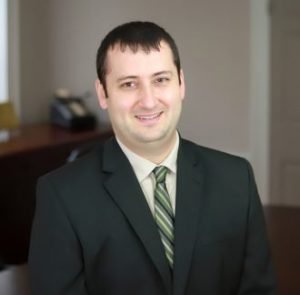 Derek began his career in accounting with YHB in 2011 after a graduating with a B.S. in accounting from Shepherd University. Derek became a licensed CPA in 2013.

As a member of the firm’s Family Legacy Services team, Derek has developed an in-depth understanding of individual, trust, estate and business taxation. Derek stays up-to-date with the latest trends and regulations, regularly attending courses specifically designed towards matters affecting his clients.