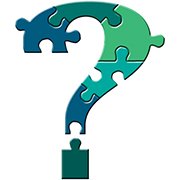 No Conflict of Interest
Independence generally requires that a director has no conflict of interest. A conflict arises when a director (or a family member) has an interest different from that of the exempt organization (EO). It may involve direct or indirect compensation from the EO, or involve a transaction between the director and the EO or a related organization.

Independence generally requires that a director has no conflict of interest. A conflict arises when a director (or a family member) has an interest different from that of the exempt organization (EO). It may involve direct or indirect compensation from the EO, or involve a transaction between the director and the EO or a related organization.

A director is independent only if all four of the following criteria applied at all times during the year.

2. Services as an Independent Contractor. The director didn’t receive more than $10,000 of total compensation or other payments as an independent contractor from exempt organization (or a related organization). The threshold of $10,000 is based on the organization’s tax year. Note: Expense reimbursements under an accountable plan aren’t included in calculating the limit of $10,000.

For example, during the exempt organization’s tax year, a director received $7,500 in fees for tax and accounting services provided to the exempt organization, $3,100 for out-of-pocket expenses, and a $7,300 fee (considered reasonable) for services as director. The director is independent since the accounting and tax service fees are under the $10,000 threshold and the other items are excluded.

4. Related-Party Transactions. The director (or one of his or her family members) wasn’t involved in a direct or indirect transaction with a taxable or tax-exempt organization, which is related to the organization — if that transaction is required to be reported onSchedule L filed by the related organization.

A variation on the above example: If a director was an employee of the law firm (rather than a more-than-5-percent owner) and not an officer or director of the law firm, then A’s payment of legal fees would not affect the director’s status as an independent director of A.

The U.S. Tax Court has, in at least two cases, discussed the importance of an independent board to provide operational oversight to an exempt organization. In one case, an exemption was denied because a college scholarship fund organization couldn’t show it “was operated exclusively for exempt purposes.” The organization primarily raised money from the operation of bingo games at an Iowa for-profit lounge.

The organization’s board of directors was comprised of five members. The court noted the initial directors, named in the articles of incorporation, were two owners of the lounge; the lounge’s accountant and director, and two other persons, each described as a “bingo player.”

The court stated that it appeared “that more than an insubstantial purpose of the (organization’s) activities was to attract persons, by the way of the bingo games, onto the premises” of the lounge “expecting that they would purchase food and beverages while participating in the games.” The court added that the activities “were, in substantial part, designed to enhance the profitability” of the lounge. (P.L.L. Scholarship Fund v. Commissioner, 82 T.C. 196)

In another case, the court upheld the IRS’s determination that the organization was not tax-exempt because it did not, among other things, have an independent governing body. One individual was the organization’s president, secretary, sole officer, director and employee. (The Council for Education v. Commissioner, T.C. Memo 2013-283)

However, in both of these Tax Court cases described above, there were other factors that were prejudicial to an exemption under Internal Revenue Code Section 501(c)(3). So it’s not clear how much weight the court placed on the absence of an independent board.

Not All Activities Cause Problems

Finally, a director who has taken a bona fide vow of poverty isn’t considered to lack independence because he or she either:

Keep in Mind: An organization must make a reasonable effort to determine the independence of its directors. One way to do this is to provide a questionnaire annually to each director and reasonably rely on each person’s responses. Of course, if your board knows facts that contradict a director’s response, it would preclude relying on the response.

Click Here to learn more about our not-for-profit solutions.