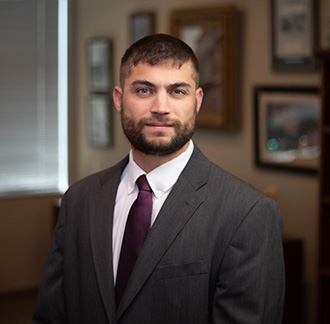 Chris is a graduate of Radford University and joined YHB’s bank team in 2017.  Chris became a CPA in 2019 and leads external audit, internal audit, and SOX/FDICIA engagement teams.

Prior to his time at Radford and YHB, Chris served for five years in the United States Marine Corps stationed in North Carolina.  During his service, Chris was deployed to Afghanistan and Northern Africa.  He was an infantry squad leader and earned the rank of Sergeant.