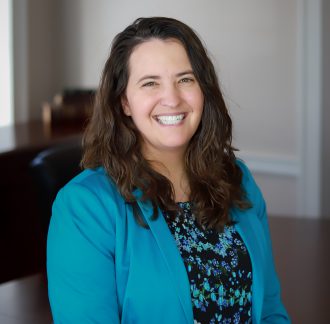 Katrina graduated from the University of Virginia with an undergraduate degree in Accounting in May 2011 and graduated from James Madison University with her Masters of Science in Accounting in August 2012. Katrina joined YHB in January 2012 and became a licensed CPA in 2013.  In 2015, Katrina was nominated and won an opportunity to be part of the Virginia Society of CPA’s Leadership Academy. This is an exclusive opportunity only given to a handful of CPA’s across Virginia.

Since joining YHB, her career focus has been on nonprofit organizations such as private schools, colleges, foundations, religious organizations, museums, and other nonprofit entities. Her service to those organizations include audit and attest as well as tax services. Recent CPE includes the Not-for-Profit Conference held by the AICPA as well as the NFP Certificate Program I. Katrina has previously presented at YHB’s annual nonprofit symposium on the financing reporting standard updates for nonprofit organizations. She has also given a presentation on internal controls at a seminar hosted jointly by YHB and Evangelical Council for Financial Accountability. Katrina gives back to her local community by volunteering at a local healthcare facility where she assists the Activities Director with various activities for the residents.