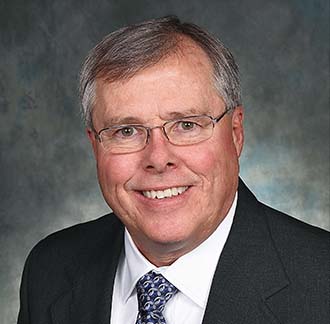 Howard is a native of Minneapolis, Minnesota and has lived in Shenandoah County since 1969. He is a 1987 graduate of James Madison University with a Bachelor’s degree in Business Administration, majoring in Accounting. Howard joined YHB in 1988 and specialized in audits, reviews and compilations for a variety of industries.

In 2001 Howard took on the role of Firm Administrator and was later named CFO. In this role he oversees the day-to-day operation of the firm and works closely with the Executive Committee.